"...and a half-extinguished fire is soon relit." 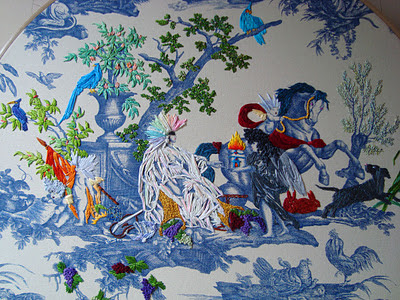 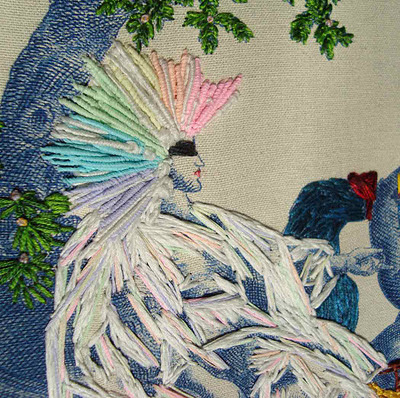 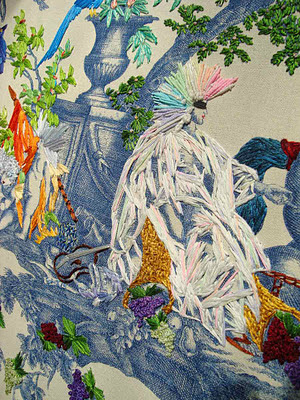 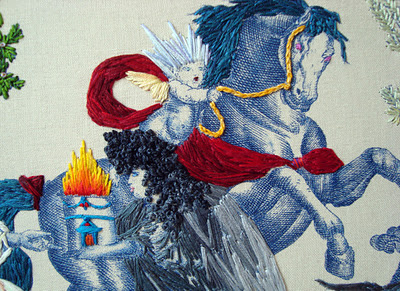 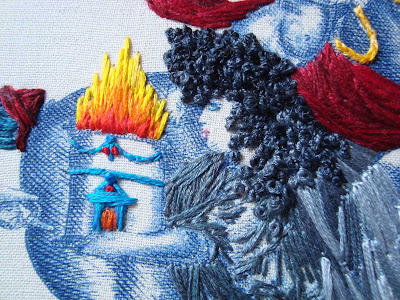 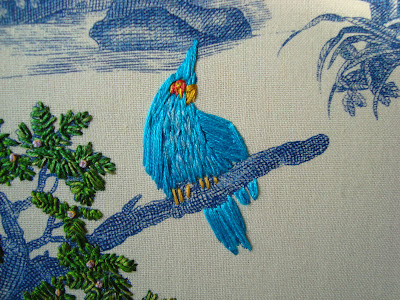 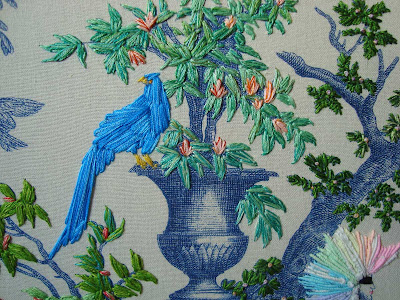 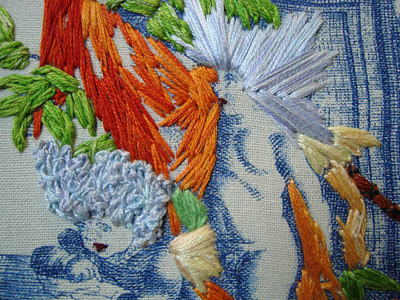 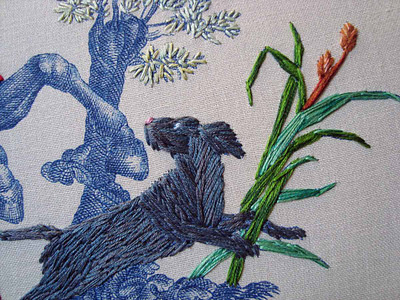 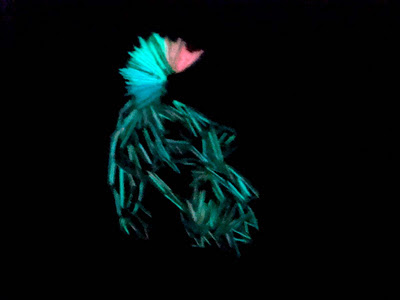 night view: the central figure glows in the dark.

Three years ago, in the summer of my 43rd year, something happened to me that hitherto had proven coveted yet elusive: I began a meaningful, long-term relationship.

It started innocously enough: navigating the strange waters of intimacy was a challenge I felt I was ready for, having been subjected to four decades’ worth of platitudes, bromides, recollections, observations and strategies on the topic in every corner of my waking existence. Thusly, being an observant and thoughtful individual, I soon found that I could be fairly successful at working out the necessary compromises (and the crow-eating that was somehow so rarely mentioned) necessary to excel at a true partnership and enjoyed a 6 month adjustment period until I fell in LOVE.

The sensation was nothing like what I had been expecting, it was so much more: the warmth, security, comaraderie, joie de vivre. Oh, the sheer effervesence of it all! Glib montages of fireworks exploding midair one-after-the-other most closely symbolized this new-found emotion and I relished and reveled in it for a few months until it was then gone, as suddenly as it had appeared and seemingly forever.

Bitterness and recrimination were all that were left for months until those feelings gave way to frustration and anger. Slowly though, the tiny spark of LOVE which remained was fanned by the powerful winds of both time and forgetfulness and soon illuminated the blackness of its own eclipse. Powerful magic, that, and well deserving of all the praise.

This piece attempts, in a very literal and heavy-handed fashion, to illustrate the above quotation and my experience of it.
For JBK.
Posted by Richard Saja at 1:59 PM

Mr. Saja,
I saw an article on you and your work in Elle Decor. I very much enjoy your art. It's very chic.
And your entry here is beautiful; sad but beautiful.

Love the piece in Elle Decor. Where can we buy those keds?! Fabulous.

Brilliant and so true, the course of love...